As with all my Pride Services, 2 notes. 1, we are going to talk about some heavy topics. If that isn’t where your head and heart can be right now, that is okay! This service is being recorded and will be online later today, so pace yourself.

And secondly, We are talking about a community that has seen the language and conversation change around it for decades. Not everyone who identifies as someone in the LGBTQIA2S+ spectrum also identifies as Queer, and indeed there are a number who would not be happy to be called that. However, I will use it as shorthand in this sermon, simply because if I call it the LGBTQIA2S+ community every time, we will be here for five hours. I beg your forgiveness and we press forward.

I want to introduce you to a couple that I have known about for a while, but didn’t meet with until this week. If you may follow my family tree; my mom has a sister, Peggy. Peggy married Mark, my uncle. Mark has a brother John. John and his spouse have been active in UCC ministry for a few decades now, until John died earlier this year from health complications. They were married in 1979, and we have their wedding photo.

John Robertson married Ken Delisle in a witnessing ceremony in 1979. They called it a witnessing because, as we know, there wasn’t a thing as legal same-sex marriage in Canada until 2003. But for John and Ken, this was it. This was the real deal, and they were willing to show everyone that commitment, including a vow renewal every 5 years, until John died earlier this year of health complications. 41 years together, with friends, family, including several foster children, and a parrot that has been lovingly described by others as dramatic by family members.

If we are being frank, the church didn’t quite know what to do with John and Ken. They were both Catholics, who met in 1978 at the Dignity Canada Dignite conference in Ottawa, a gathering for gay and lesbian Catholics to discuss faith and sexuality. They fell in love, got married, and settled into Winnipeg together. Their introduction to the UCC was rough. They were treated more like a circus act than genuine faithful Christians. But after 1986, where several documents challenging the status quo around the queer community and UCC inclusion were released, Ken joined in ’88, John shortly after.

We celebrate that, absolutely. But there was also so much heartbreak. John’s first settlement charge refused them, after learning they would have two gay men living in the manse, together. They were frequently the first gay minsters churches encountered, and in a time where queer folks were still considered mentally ill, or deviant, or an abomination. Just a decade ago Ken was rejected for a job in large part because of his sexuality. And while their work with Affirm United has been fantastic, something I think we forget in Toronto is that only 10% of faith communities in the UCC are publicly affirming.

Let’s be frank, the church has a long and rough history with the queer community. Written out of history, told we aren’t welcome in the pulpit, the pew, or in paradise, simply existing for so many is a spiritual threat. Conversion therapy is in large part popular because the church says you can cure gayness. Many discrimination arguments centre around the freedom of religion, meaning the freedom of people who believe in doctrine to discriminate against someone based on how they are born.

Couple that with the recent Kamloops discovery, and we have a crisis on our hands.

For the billions of practicing Christians, church is as important to their faith as Jesus, crucified and risen. Christ calls us to be the church. To be a community of people willing to follow the spirit, to put our faith in the Creator, to listen to Jesus and to do his work of justice and peace for all. There are hundreds of ways of doing this, from convents and monasteries in Peru,  to megachurches in Texas, to rural tiny churches in Nova Scotia, to community ministries in Zambia.

Yet, we know in our hearts that Christ did not want this to happen. Jesus did not call us to build, or maintain, residential schools. Jesus did not command us to get queer kids into conversion therapy, or to refuse their place in the kingdom, or the pulpit. Jesus did not tell us to oppress and abuse and enable our neighbours, indeed he said the exact opposite.

What happened? Seriously, where did we take a wrong turn? Where did we go that Ken and John, who are two of the most spirit-filled people in the church, also felt some of the deepest wounds?

There are experts who have more eloquent ideas, but for Pride, I want to put forward my own theory.

It is ingrained in us that when we as a church, or an institution, or even as friends and family, stomp around and make a big mess, we stomp around equally as loudly to clean it up. So long as it is cleaned up, no harm, no foul. Trumpets and tanks work!

Except that they haven’t, and not for a while. The body of Christ has forgotten how to sit down and lament, and listen, and heal. To treat social justice as a marathon and not a sprint.

I heard Rev. Michael Blair preach yesterday, and his call for the church to go into a season of lament. Lament for the oppression of Indigenous people, Queer people, Disabled people, Black people, women, and all who have been told by the church they are not enough. And that has stuck with me. Because with lament comes humility, and humility, growth.

We see this growth in the church, as seeds ready to sprout. Indigenous ministries are growing, and more and more people are starting with the basics of knowing the truth, painful as it is. More queer people are finding peace, inside, beside, and outside the church. Churches like this one are asking tough questions, and are ready for the tougher answers. Lament. Then heal. Then grow.

Ken and John wouldn’t build massive monuments. They didn’t declare war on England like Joan of Arc, or establish a new megachurch in Winnipeg. They didn’t live like supernovas, in a huge burst of light, only to burn out just as quickly. What they did do, and are doing, is living, and loving, and answering that call from the spirit with their work. Ken and I had a long conversation last week. He told me of how many people came forward after John died, and thanked him, and John, for living their spirited lives. By being the church in their essence, in their bones, them existing as believers in Christ, they started the healing process for many. By being two gay men in love, in the church, and proud that they can combine the two, they have set an example for hundreds of others. Including me. Because they walked so my generation could run. And I will always have gratitude for that.

We lament the pain caused to Ken, John, and others like them. We listen and extend hands to heal. And together we grow.

Lament. Heal. Grow. And with that, we create something eternal. 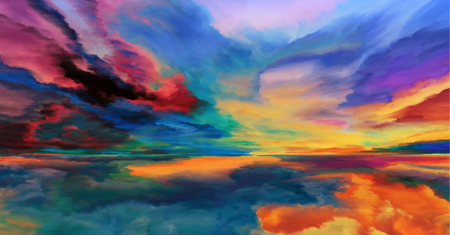