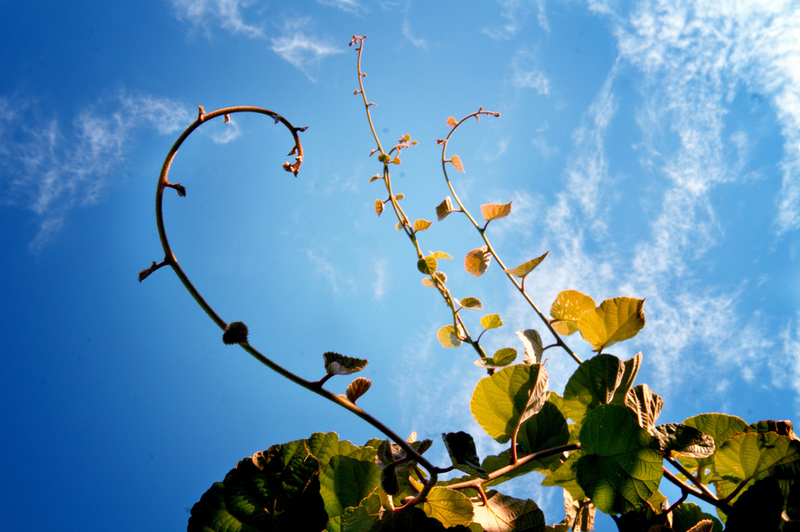 This is the Word portion of the May 2nd service, with the readings and reflections from Rev. Dr. Kristin Philipson and Rev. Roberta Howey

I want to invite you to travel in your imagination to the sanctuary of a church – any church at all.  Maybe it’s this sanctuary you’re picturing with it’s vaulted, cream-coloured ceiling. Perhaps you’re looking up at the golden frescoes of the Duomo in Florence, or down at the black and white checked stone on the floor of Westminster Abbey or you’re watching the sun stream through the opening from the dome of the Church of the Holy Sepulchre in Jerusalem.  Wherever your imagination has taken you I want you to notice the sound that greets you as you step gently and tentatively into your sanctuary.  That sound you hear?  It’s what we call a hush.  Besides the quiet click of steps on stone or wood and the gentle murmur of heads close in conversation, what is striking about a sanctuary – any sanctuary when church is not in session – is the silence.  The silence of sanctuaries is deliberate.  One of the main reasons we go enter a sanctuary is to try to hear.

It is a strange conviction of Christian faith that, not only is there a Being beyond us with whom we are in relationship, but this Presence and Power speaks.  All sanctuaries have this sense of hush, this commitment to quiet, because of this strange conviction that at any moment we might be addressed by the Divine.  “Through word, music, art and sacrament, in community and in solitude, God changes our lives, our relationships, and our world,” it says in the United Church of Canada’s A Song of Faith.

It’s a strange conviction, I know, and I don’t know how to account for it, but open the collection of stories that make up our scriptures and that’s what you’ll see recorded: the stories of people who, in lonely and anxious places, receive a word from the One we call Creator.  Do you remember the story of Hagar?  She was the servant whom Abraham had gotten pregnant.  His wife, Sarah, kicked her and the baby out of the house to wander in the desert of Beersheba.  Alone and out of water she placed her baby under the shade of a bush and sat a distance away, crying because she thought she’d have to watch him succumb to thirst, and that’s when God spoke to her.  “What is the matter, Hagar?” God said.  “Do not be afraid.”  And the story says her eyes were opened and a well of water – a means of sustaining herself and her son were revealed to her.  It’s a part of our tradition, to listen for the Divine.  At any time, in any circumstance, we believe God’s Spirit might stir our hearts and minds.

You remember Joseph?  How he discovered that Mary, the woman to whom he was engaged was going to have a child, only Joseph himself wasn’t the father?  You remember that story.  “Because Joseph was a righteous man and did not want to expose [Mary] to public disgrace, he had in mind to divorce her quietly,” it says in the Book of Matthew.  And that’s when God spoke to Joseph, “an angel of the Lord appeared to him in a dream and said, ‘Joseph son of David, do not be afraid….”  Hush, we say, because we believe it just might happen.  It happened to them and so it could happen to us.  Step gently into the sanctuary!  Come and find the quiet center.  Listen!  The Holy Mystery that is Wholly – entirely – Love could speak.

It happened to the man in Luke’s story from the Book of Acts, the man that author calls the “Ethiopian eunuch.”  The eunuch was a part of the spiritual tradition of Judaism, as was Jesus, and Joseph, and Hagar – the tradition in which Christianity was conceived.  The eunuch had taken a few days off of work to go to Jerusalem to worship.  It must have been difficult to coordinate; he had an important job.  He was in charge of the whole of the treasury of the Candace, that is, the Queen of Ethiopia.  We meet him on his return.  He is settled into his chariot, and reading from the Book of Isaiah when all of a sudden it happens – God seems to speak right to him!  He felt seen and understood and known and loved all through the words on a page.  This is what he read: “He was led like a sheep to the slaughter, and as a lamb before its shearer is silent, so he did not open his mouth.  In his humiliation he was deprived of justice.  Who can speak for his descendants for his life was taken from the earth.”

Now the Book of Isaiah was already more than 800 years old at this point, but it seemed to the Ethiopian eunuch that those lines were an exact accounting of his life experience.  Like a sheep led to the slaughter his body had been mutilated without his consent; he had been powerless to stop it, as a lamb before his shearers is silent so he did not open his mouth.  It was common for male servants in royal households to be castrated at that time, especially servants entrusted with the most powerful duties.  But now really, the eunuch wondered, could God really be speaking to him?  It must be that his mind was playing tricks, making things ups.  Recall Deuteronomy 23:1: “No one who has been emasculated…may enter into the assembly of the Lord.”  Recall Leviticus 21:17: “None who has a defect may come near to…God.”  But “the wind blows wherever it pleases.”

I guess God’s Spirit must have known that the eunuch might try to talk himself out of believing that God could speak to even him, and see him, know him, care for him.  Now there happened to be a man named Philip traveling the same road as the eunuch.  Actually, something in his heart had prodded him to take this route, the desert road, it wasn’t the way he would normally have been walking, and then the eunuch’s chariot drove by.  Something prodded at him: “stay near that chariot.”  Philip could hear the eunuch reading out loud as the eunuch’s chariot passed by and he recognized the words – Philip’s tradition was Judaism as well; he had been in Jesus’ intimate circle of disciples and he ran to catch up with the chariot.  “Do you understand what you’re reading?” he said to the eunuch.  Do you understand that anyone, at any time, might find themselves addressed by the Holy Mystery that is Wholly Love?

It often happens when we are at our most broken, our most defeated, that we hear the clarion call of love, strength, grace, forgiveness – the utterance of a voice that can only be called Divine.  Elizabeth Gilbert in her memoir, Eat, Pray, Love writes about her encounter with God’s voice.  At the time she didn’t even consider herself a person of faith, in fact, she had never even prayed before.  She was completely paralyzed, knotted, sobbing on her bathroom floor in the middle of the night.  She was desperately unhappy in her marriage and she couldn’t discern the way forward – whether she should leave or stay.  And so in the quiet and hush of the sanctuary of night she pleaded: “Please tell me what to do.  Please tell me what to do.  Please tell me what to do.”  And all of a sudden, she said, it felt like her tears were “vacuumed” out of her – that’s the word she used to describe the feeling.  She said she felt a total stillness.  “Then I heard a voice,” she said.  “It was merely my own voice, speaking from within my own self.  But this was my voice as I had never heard it before…How can I describe the warmth of affection in that voice, as it gave me the answer that would forever seal my faith in the Divine?” she writes.  “The voice said: Go back to bed, Liz.”  “It was so immediately clear that this was the only thing to do,” she writes.  “I would not have accepted any other answer….True wisdom gives the only possible answer at any given moment, and that night, going back to bed was the only possible answer…Go back to bed, because the only thing you need to do now is get some rest and take good care of yourself until you do know the answer.”

It is the strange conviction of our faith, not only that there is a Presence, Being, apart from ourselves and with whom we are in relationship, but that this Being-ness speaks to us, especially when we are at our most broken.  Hush!  Listen!  Come and find your quiet center, close your eyes, if that feels comfortable.  Can you name the brokenness that is in you right now, in the quiet of your heart?  Can you give it a word?  Now let’s just hush a minute.  And listen.  Can you hear another word taking shape in your heart and mind?  A word of response?  A peaceful word?  A kind word?  A word meant just for you?  Come and find your quiet center.  Go deep, and listen….