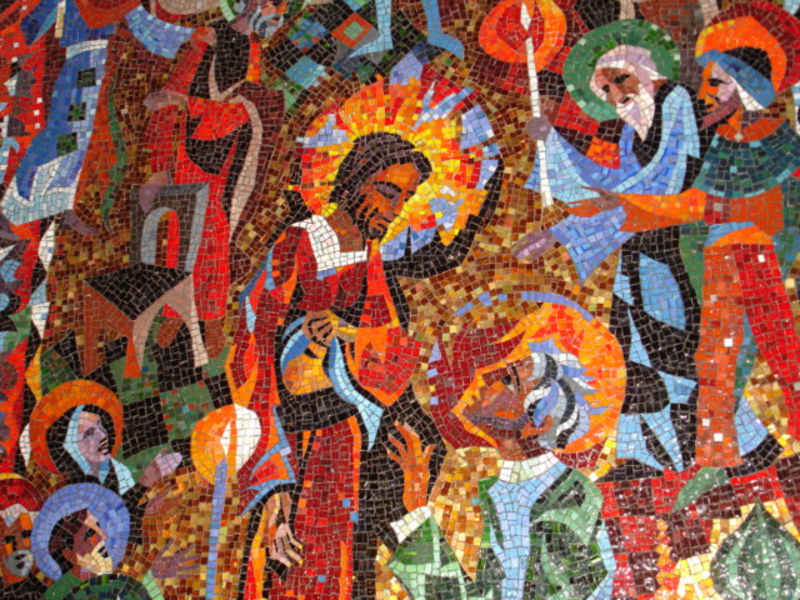 This morning, as I made my tea, my cat came up to me, started to tap dance with a cane, and broke out into fluent Russian poetry. She ended her routine with a backflip and flew off the balcony like Superman, landing with a graceful thud and curled up for a nap.

Don’t believe me? Even though I told you I just saw it?

Well I am glad to know we are now aware of how Thomas was feeling, or at least a fraction of it. It is easy for us to judge when we know exactly what happened. Why didn’t Thomas believe them?

Because it is impossible. People don’t come back from the dead. Especially ones killed so brutally by the state. The disciples were asking Thomas to believe the impossible, something that after days of grief and anger, was simply too much. This was the final straw.

So let’s go a bit easy on Thomas. After all, no one goes around calling him “denying Peter”, or “rather annoying Andrew”, but Doubting Thomas is doing his best with the facts at hand.

For us, in our faith, it was impossible for Jesus to come back, until it wasn’t.
This has been the story of faith. No life can exist, until it does. God doesn’t talk with us, until God does. People don’t find each other until they do. Slaves are not free until they are. Tyrants can’t be toppled until they fall down. The dead can’t rise again, until Jesus does it, both resurrecting others and himself.

In a post-Easter world, the game has changed. What is impossible and possible is blurred. What we can do and witness is now opened up to so many possibilities. Because it isn’t us deciding what is impossible. It is God, who looks at us and says “go for it”.
I am not asking us to immediately ignore the rules of reality. But I think that we are, like Thomas, opened up to the idea that what is impossible can be not just possible, but inevitable.
God urges us to go down that road and see what the kingdom can look like when we declare it not just possible, but happening here and now. Let’s do so, fellow disciples, and see how God has changed the world.

You need to see it to believe it.
By Rev. Dr. Kristin Philipson