Rev. Dr. Kristin Philipson
October 7, 2020
The year my oldest son was born I volunteered as a labour support coach at the Massey Centre for Women, a local non-profit that supports pregnant and parenting adolescents. I had just gone through the experience of an unplanned pregnancy and it felt healing to me, to accompany someone going through a somewhat similar journey.

I was partnered with a young woman, fifteen years old; her family had immigrated to Canada from Jamaica when she was younger. I visited her every couple of weeks, went to her medical appointments with her, and got the call to come to the hospital the day her water broke. Giving birth had been terrifying for me personally, but ultimately empowering. I went into the delivery room that day hoping to help my new friend tap into her own strength and power.  Then the obstetrician came in.  "You think this is hard," he said to her when she reached the pushing stage, "wait until the baby's actually out. You what's going to be hard?" he said, "Raising this baby alone.  You should be ashamed of yourself." I was struck dumb. I doubted the obstetrician would have said the same to me, had he delivered my baby a few months earlier even though I, too, was an unmarried mom. But then I was slightly older and (the other difference between me and this young woman) I was White and she was Black.

The death of Joyce Echaquan had me revisit this incident this week. You've read her story: Joyce was the 37-year-old Indigenous woman who livestreamed the abuse to which she was subject at a hospital in Joliette, Quebec on Monday this week.  She died a few hours later, leaving behind seven children.  A story in the Globe and Mail by Kristy Kirkup sums up the incident by quoting a professor of law who reminded Canadians that racism doesn't just hurt feelings, "racism can shorten your life."

I wasn't going to write about this incident today, which is precisely why I decided I had to do just that.  It is a profoundly spiritual issue when so many of us White people can think about other things, and go about our days as usual, and sleep soundly at night, feeling so well-cared for, because "we live in such a great country," but an Indigenous woman in this same country can lose her life because of racism.

Here's what's encouraging: I know many White people who don't want to perpetuate the harm of racism anymore, who are excited to work on themselves, who are ready to change, who are ready to talk about privilege and how they benefit from it; who are ready to not be the same.  And you know what I call that?  To me, that's the work of the Holy Spirit.

On Tuesday our "Good Ancestor" Reading Group met.  We took our group name from the title of our first book, Me and White Supremacy: Combat Racism, Change the World, and Become a Good Ancestor by Layla F. Saad.  You can still join in and read the book too!  It's divided into 28 little sections; you read one/day for 28 days.  Totally doable.  And it gets you thinking!  We'll talk about it at our next gathering on Oct. 27.

You can also support Joyce Echaquan's family directly here, on a GoFundMe page started by one of her friends.

Peace be with you!
~Kristin 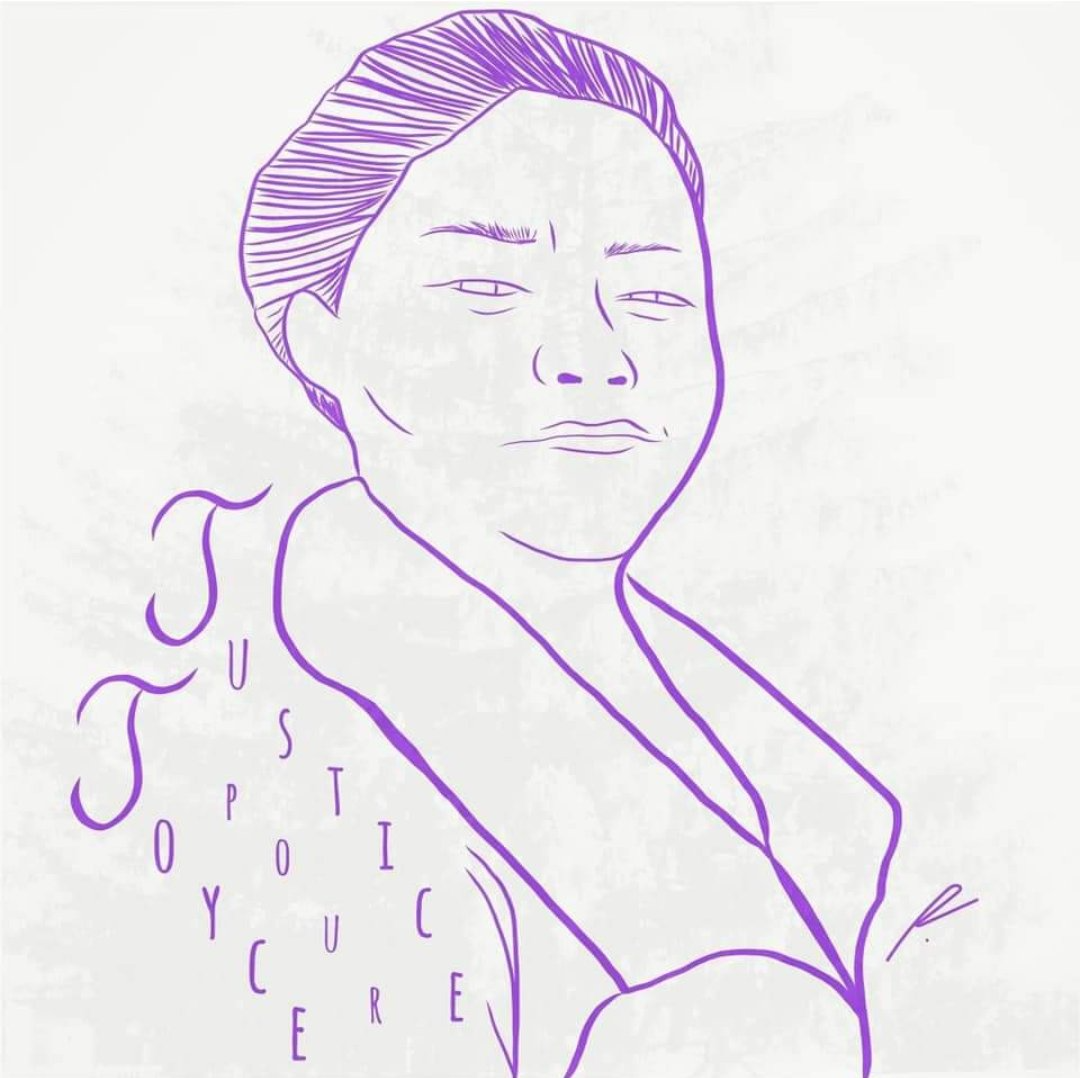